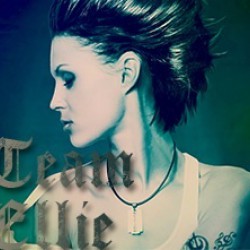 I love to get lost in a good book, especially ones that challenge and allow you to escape into another world! 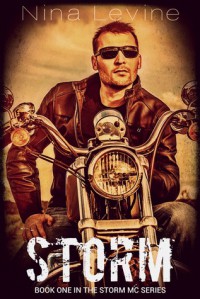 Well, there’s no time wasted in being introduced to the characters! There was a good amount of angst, drama and 'family' entwined in the story.

Life seemed good for Madison, she had her life together again until that 'visit' arranged by her brother! Maddison has learnt to cope with the help of friends in her new town, having battled her addiction, an addiction that was a Band-Aid to the hurt and memories that life had dealt her.

Madison has been estranged from her family and she wants it to stay that way.  Her family and the Storm MC that they are connected with have other ideas.

Her reasons for not returning are complicated, but the catalyst was an argument that finally had her turning her back on her family and the club.  The journey in between then and now involved some not so smart alliances. There is a wonderful comforting benefit to her new found life and she embraces it whole heartedly. She now has caring friends, a good job and the freedom of living a single life the way she wants to, with no one telling her what to do and she doesn't want to lose it.

Serena and Madison originally hit it off when she hit Coffs Harbour. She instantly became one of Serena's close friends and not only works with Madison but they share a house together.  They from a great circle of friends and look out for each other.

The story is written in alternating POVs between Madison and Jason and I enjoy this is a book.  It's a good quick read but there were sections that would have been good to have more of the background story revealed. What I did read though, I enjoyed, especially recognising and being able to picture the places mentioned, it seemed funny though to read Coffs Harbour in full, I always think of it has Coffs? Maybe that's the Aussie way to shorten or lengthen words just for the sake of it!  I would have liked to hear more from Serena and hope that will be the case next book!

This is another MC book that fed the addiction and I'll be looking out for the next book in this series.